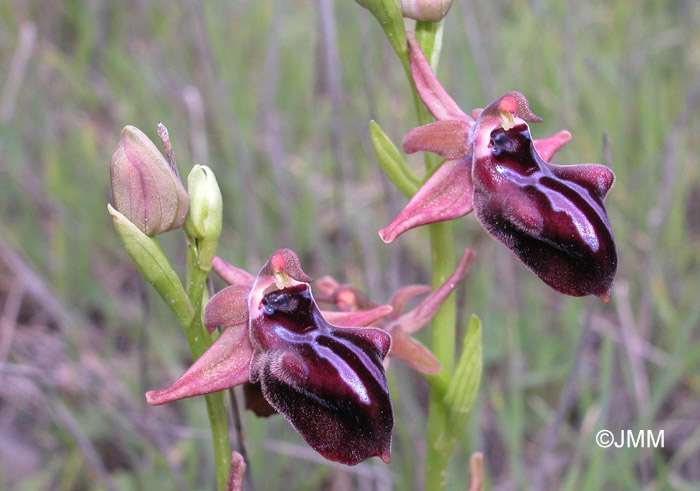 O. morio was first described by Paulus and Kreutz from Larnaca (Cyprus) in 2004 and it takes its name from its pollinator Andrena morio.

This species is only known with certainty from Cyprus but is thought likely to be present also in southern Anatolia. O. morio is one of four similar O. mammosa group members that occur in Cyprus, the others being O. alasiatica, O. herae and O. mammosa itself. When these species appear in their typical forms thay can be separated relatively easily, unfortunately however there is a high degree of both natural variation and interbreeding. This interbreeding has created hybrid colonies containing intermediate plants showing genetic influence from any and sometimes all of the above species.

Most members of the O. mammosa group are believed to be the results of sympatric and/or parapatric speciation with O. mammosa at its core. In the case of the Cyprus representatives where the species grow in close proximity, the former method would seem to be the obvious process by which the species developed and distinguishing them can often be difficult.

O. morio in its typical form has several characteristics that help differentiate it:- 1. The beak at the end of the column is considerably longer than in the other species. 2. The base of the stigmatic cavity is very constricted. 3. The margins of the dorsal sepal are often rolled inwards giving it a very narrow appearance. 4. The perianth segments (sepals, petals etc) are elongated.